If you’ve ever wondered what a day in the Design Bridge Studio sounds like, then look no further. Here’s our latest ‘What We’re Listening To This Week’ playlist, compiled by the brains behind WWLTTW, Andy.

We’ll head for the countryside soon, but this week is all about urban sprawl. We’ve mixed it up by picking lots of different places to go to so that you get a real variety of sprawl. “Sprawl for all” is our latest motto.

If you’re ever in the great metropolis of Leighton Buzzard, you should drop by a gin joint called The Wheatsheaf as this is the most played track on the jukebox. On second thoughts, avoid the gin and stick to the beer. It’s a great tune, but it’s a wonder that Pet isn’t distracted by her phone alert going off with that annoying ‘Ping’ every few seconds. Petula Clark – Downtown:

And now to Atlanta, which is very like Leighton Buzzard, with this dose of “transcend-fi”, drenched with humidity rather than beer. Deerhunter – Breaker:

More new sounds, this time from Watford, which is somewhere in the North of England. We know very little about Kyla except that she photographs well and sings a good sing. Here is Kyla La Grange – So Sweet:

Another artist who is photographed a lot is Taylor Swift. She has a place in Manhattan. Not sure if she gets on with the neighbours, with all that shakin’ going on. Here is Ryan Adams covering Swift’s Shake It Off:

“It’s got the acoustics of a small cathedral. You feel like you’re travelling back to Arthur Conan Doyle’s era when you go down there”. We could get a cheap joke out of this but we will avoid the temptation and stick to a cultural thread that brings us back to a London landmark. Here is Iain Chambers – Hoketus Prima, which was recorded in Tower Bridge’s bascule chamber:

Read more about in on The Guardian.

Salford really is in The North. These boys have moved up in the world, so they never have to carry cash to the disco. New Order – Plastic:

Here’s something from Matt, via Montreal, with a nod to Television and Talking Heads. How is the family, by the way? (Matt is WWLTTW’s new best friend and we’ll have more suggestions from him in future). Ought – Beautiful Blue Sky:

Ought also have a track called ‘Men For Miles’, but we’re collecting Airmiles as we take you to many more musical places. So many destinations. The Motors – Airport:

If you’ve enjoyed this mix, then go find yourself a city to live in/Small world, isn’t it? Talking Heads – Cities:

Looking for your place in the universe? Maybe this will help. A lovely, rich and hypnotic voice, reminiscent of Richard Burton telling us all about the principles of space and the concept of reality. With a shameless plug for a young designer thrown in.

Imagine watching the same film clip but with this soundtrack. Hypnotic, non? Catch floating points, aka Sam Shepherd, in Islington in November (or not, if you are listening to this in another city that isn’t London). floating points – Nespole:

And so, goodnight Vienna. Or, goodbye to this planet, because there are even more opportunities out there, Jim. Try saying this in a Richard Burton voice; “Further modulation of the frequency rotation. Triggered waveband activation – near elation”. Rezillos – Destination Venus: 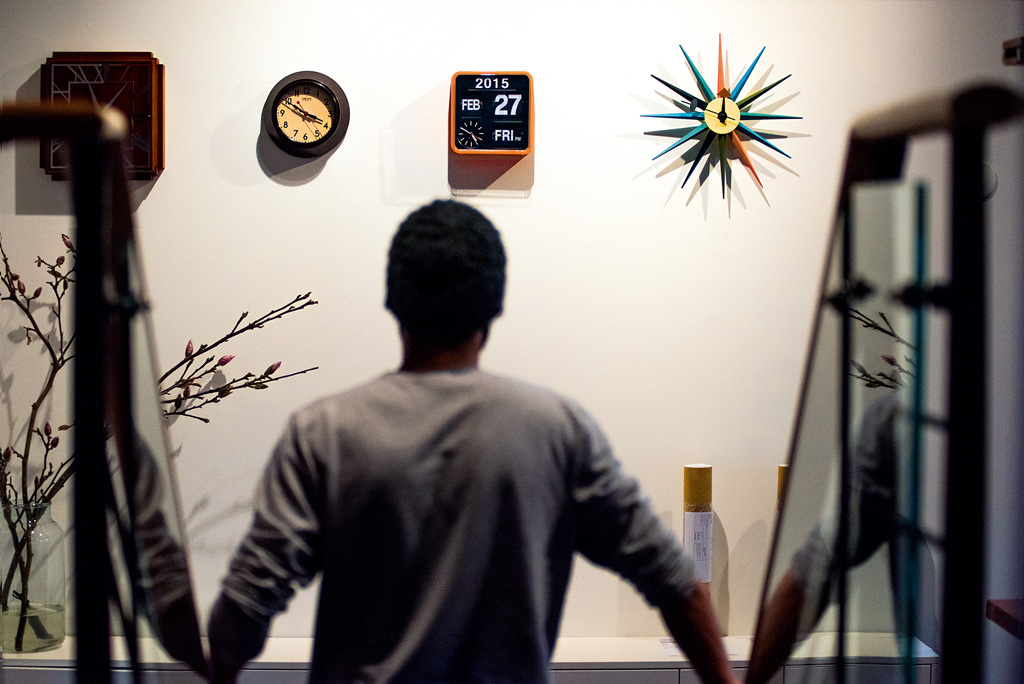 Quick thinking: five ways designers can get to ideas faster